What is Diesel Particulate Matter (DPM)?

Diesel Particulate Matter is the particles of microscopic material found in the exhaust of diesel engines. It includes fine carbon particles to which hazardous chemicals called poly aromatic hydrocarbons (PAHs) adhere. Because DPM can act like a gas and stay airborne for long periods of time, it can penetrate deep into peoples’ DNA. DPM is also known as Diesel Engine Exhaust Emissions (DEEE).

Where is DPM most common?

Because it is found in the emission of diesel engine exhaust systems, DPM is most common on construction sites and in workshops but can also be found anywhere diesel engines operate. It is at its most dangerous in underground mines, tunnels and enclosed workshops, where the confined space means it is unable to dilute if ventilation is not adequate.

Why is DPM dangerous?

In 2012 the World Health Organisation (WHO) declared DPM was carcinogenic to humans and placed it in the highest risk category, at the same risk level as asbestos. Particles of DPM are so small, they can penetrate deep into peoples’ respiratory system and mutate healthy blood cells into cancerous cells. The symptoms may not be evident for 10, 20 or even 30 years after exposure so the assumption that nothing is wrong, couldn’t be further from the truth.

Is the danger of DPM widely acknowledged?

Since WHO’s declaration, an increasing number of operations in affected industries have acknowledged the dangers of DPM. Awareness was further boosted in October 2019 when the new British Standards (BS) clearly stated the dangers of DPM and the importance of it being taken seriously by relevant industries. BS 6164 reported that exposure to diesel engine exhaust emissions should be controlled to prevent exposure to DPM. Primary control should be achieved by reducing emissions at the source, along with adequate ventilation. It also recommends considering real-time monitoring of DPM as part of ‘best work practice’ on all underground operations.

What is the potential impact of that finding?

As the British Standards may be applied to all Commonwealth countries, the impact of the decision should flow through to Australia, South Africa, Canada, New Zealand and India. “Best in class” and “early adopters” are expected to fall into line and introduce real time DPM monitoring into their operations. It will most likely see real-time DPM monitoring become an essential part of construction contracts in those countries and will likely mean employers will no longer be able to legally claim ignorance if a worker claims their health has been affected by DPM exposure. The liability now exists and directors in boardrooms around the world are taking notice, while insurers are also looking at this carefully with regards to litigation.

What can be done to protect against DPM?

The provision of adequate ventilation and the correct diesel particulate filters for each vehicle are the key to reducing the dangers of DPM. However, these controls should be accompanied by a stringent testing regime as this is the only way to know if a worksite has dangerous DPM levels. Prior to 2017, the only testing methods available required samples to be sent away for analysis – a process that could take three weeks and leave workers at risk in the meantime. In 2017, Pinssar launched the world’s first ultra-low maintenance continuous DPM monitor for harsh environments and confined spaces. The system feeds air quality results directly to management in real-time anywhere in the world, via smartphones, tablets, laptops and desktops. The real-time analysis of air samples enables operators and workers to feel confident that working conditions are monitored and safe.

How worried should I be about DPM?

There is no doubting that DPM is a significant health risk and no one wants to see DPM exposure become one of the great social disasters like lead, black dust and asbestos. But it is important for operators to consider that rather than being fearful of their DPM levels, Pinssar’s monitoring system is specifically designed to confidentially help companies by “monitoring to manage” DPM levels and trends over time. It has the unique ability to support risk mitigation by ensuring companies understand their DPM levels and verify that the controls they have put in place continuously minimise the risk of exposure, while having the necessary supporting data to protect themselves against false claims.

The video below gives a great overview of DPM and the Pinssar solution. 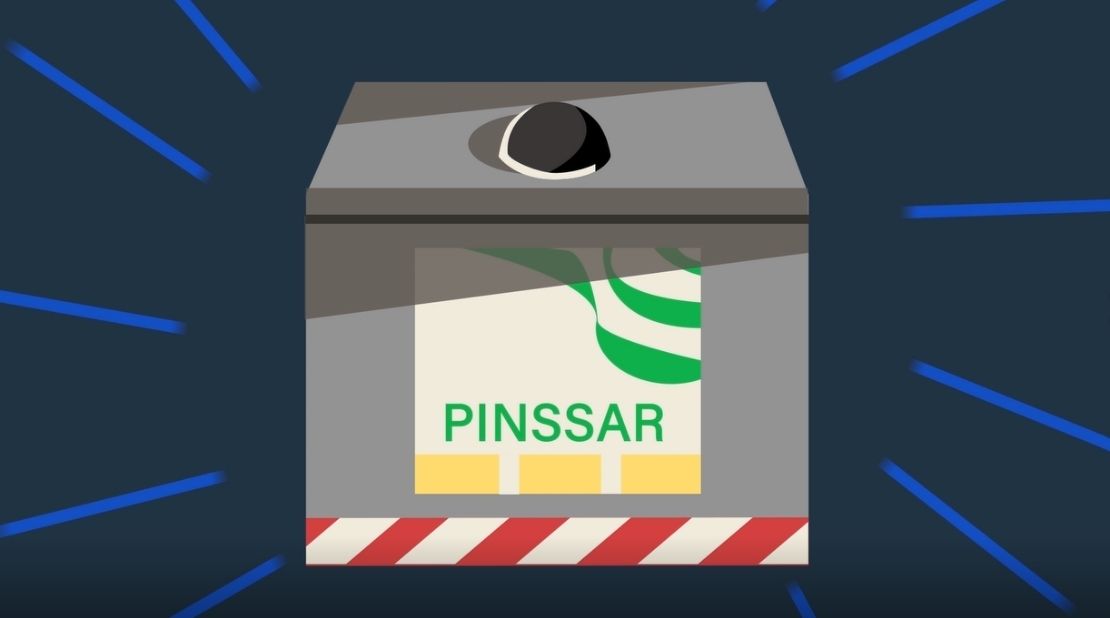 A Diesel Particulate Matter (DPM) monitoring system developed by Australian company Pinssar has shone on the world stage, taking a Highly Commended award at the 2019 Tunnelling Awards in London.

What is British Standard 6164

The latest edition of the British Standard 6164 (known as BS 6164) was released in October 2019. Learn how it is changing the way the Tunnelling and Construction industry is advancing with leading practice for monitoring diesel exhaust emissions.

Have you got DPM on your agenda?

Each year around the world potentially hundreds of thousands of workers are being exposed to diesel particulate matter (DPM), putting them at serious increased risk of lung and bladder cancer.